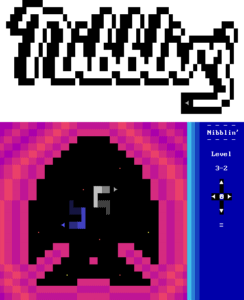 A frantic two-player arcade-style game where Earth faces off against waves of invading aliens.

In the game’s two-player Versus Mode, choose to be the Earth team, fending off the invasion by blasting aliens out of the sky, or the Invaders’ team, slowly descending to Earth’s surface, dodging bullets, and picking off Earth’s defenses.

The game also has a score-attack Arcade Mode for solo players and a local high score leaderboard. 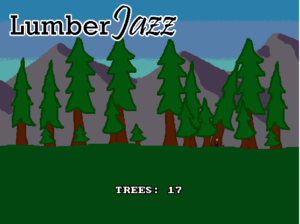 Get your axe in hand, it’s time to chop some trees. It’s time for LUMBERJAZZ!

Nature replenishes itself quickly. Chop down the trees! Clear the forest!

You win when the forest is cleared. You lose if the number of trees goes over 50!

Featuring “Washboard Wiggles” by Tiny Parham and His Band. 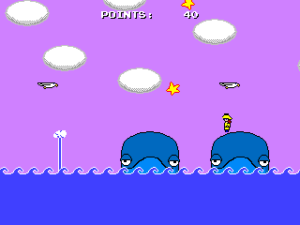 Out on the ocean, atop the whales, you must collect as many stars as you can.

This game was created for Pirate Kart V. I was inspired to make this after playing a bunch of Game & Watch games.