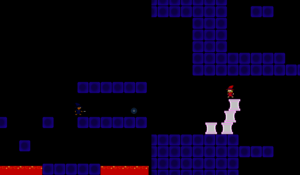 ANETTA (player 1) is coming to break MURIEL (player 2) free from the lava dungeon. Anetta has the ability to shoot things, which allows her to defeat enemies and destroy certain blocks. Muriel can create blocks and can jump higher. 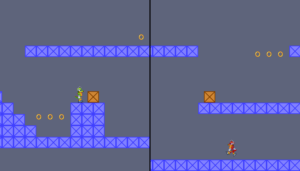 Vector the Crocodile teams up with his brother Hector the Crocodile. Together, Vector and Hector are Vector Bros! They’re stuck in a factory, and they need to work together (as a family!) to escape to the outside world, but first they’re going to have to collect every single ring in the factory! Stand on one another’s shoulders, push boxes, and get to the blue skies!

W, A, and D control Vector, while the arrow keys control Hector (up jumps!)

Press J and K at the same time to reset the level if you get stuck.

The Vector sprite is courtesy of Yuski.

Made for the Vector 3D Jam Multi-Game Pirate Kart.