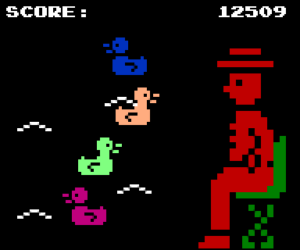 WATCH DUCKS II is a direct sequel to the 2010 Pirate Kart II hit WATCH DUCKS. This exciting new entry in the WATCH DUCKS franchise features numerous improvements over its predecessor including:

Also, press F4 to toggle between fullscreen and windowed modes.