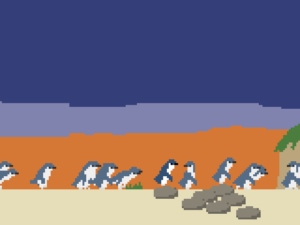 The fairy penguin (also known as the little penguin) is the world’s smallest penguin.

Every night, in many places along the coast of Southern Australia, penguin colonies return en masse from their daily hunting expeditions, under the cover of dusk, to their onshore burrows.

On Phillip Island, this is known as the “penguin parade.”

Guide a penguin home to its burrow as night sets in.

Hold Z to run. When you arrive at the burrows, press C to complete the evening’s journey. 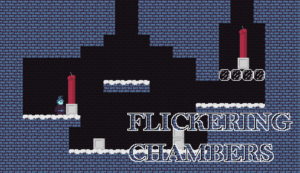 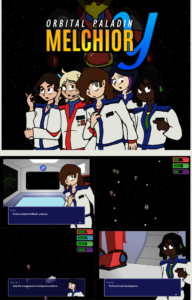 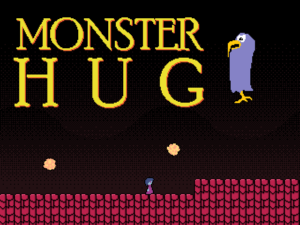 Monsters are rampaging underground! Where heroes have failed in their efforts to respond with violence, someone speaks up: “What if we try hugging the monsters?”

Monster Hug features five unique monsters, each of which has a unique personality and set of behaviors–and each is a unique threat! Figure out when you can get in close and give each monster a hug! An adorable little platformer.

Inspired by a suggestion by Eli Z. McCormick.

Uses the font Magic Forest by anna anthropy and music by pauliuw and Juhani Junkala, under Creative Commons licenses. 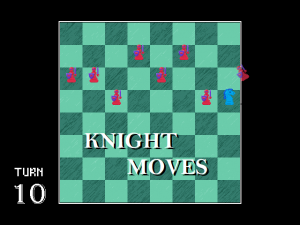