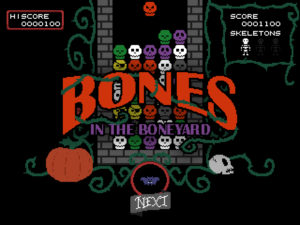 A falling-block puzzle game where you arrange skulls of the same color into threes and, even more importantly, combine other bones to assemble full skeletons.

Made as a Halloween gift for my partner.

This game was originally developed for an exhibition at the Salt Lake City Public Library, where it was on display alongside archive materials that inspired it throughout November 2021. 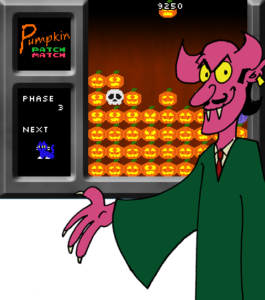 Beloved spooky character Dr. Creepinscare is here with a special Halloween challenge just for you! Arrange the similarly-carved pumpkins into patterns as they fall to earn points and take on Dr. Creepinscare’s own high score! Get help from his pet kitty cat and disappear skulls for a big bonus!

Make 2×2, 3×2, or 3×3 (with something else in the middle) pumpkin patch shapes. The bigger shapes earn you more points!

This game features a voice performance by Boris, a most excellent cat. 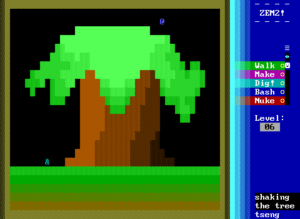 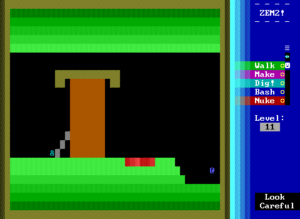