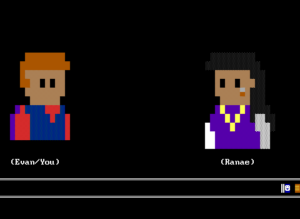 Made right on the heels of Parallel Universe and The Punctuation People, Night Conjure was created for the very first 24 Hours of ZZT competition in the summer of 1998 under the theme “night.” It was highly influenced by games in the Zelda series, and the protagonist, naturally, has to save the world from evil forces that arrive at nightfall. The game returns you to the same locations multiple times as the day progresses into night.

It was the first game to take place in the fantasy realm of Nellad, which was also the setting of 1999’s Megazeux game The Grand Mage.

Looking back, this has some of my most interesting board design and most attractive aesthetics in my ZZT work. 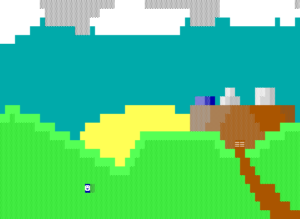 Subtitled “Dual Plane,” this was meant to be the first in a long serial adventure inspired by the ZZT series Chrono Wars and two episodes of Sliders I saw at my cousins’ house.

This was my first attempt at a serious ZZT adventure game. It has some embarrassing themes of young earth creationism. 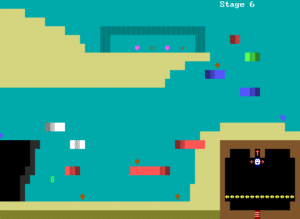 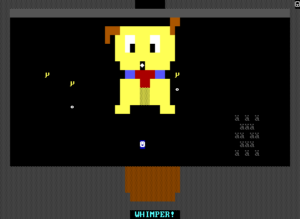 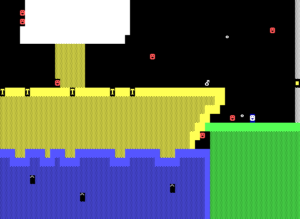 A very simple history game made in collaboration with my friend Admiral for his history class. Features a minigame version of the Boston Tea Party. 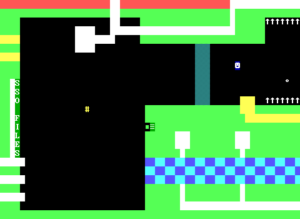 Bob 2 is a lot like Bob: The Adventure in time. It’s a little more sophisticated in its mission structure, but it’s also really not. It was released within a couple months of its predecessor. Perhaps the most interesting thing about this game is its reuse and recasting of the characters from the first Bob game in new roles, like actors. Not that these were terribly deep characters. 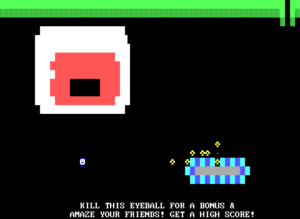 My first completed ZZT game, Bob: The Adventure is an attempt at mimicking the comedy adventure games like Llama Masters (by Scott Hammack) that I really enjoyed at the time.

I cannot quite figure out exactly when the game was first released, though I estimate in September or October 1997, since I worked on it over the summer. That was the same summer I discovered ZZT. At the time, I did not have Internet access at home nor my own website, so the game was released on my cousin Glynth’s website.